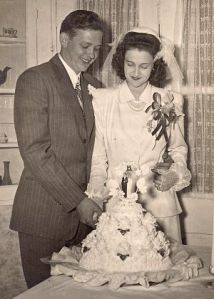 I have just returned from a trip to Houston to visit my college buds, Sharen and Rhonda. We had a wonderful time catching up on all the news, attending the Houston International Quilt Show and Discovering the Civil War Exhibit at the Houston Museum of Natural Science and attending a one year old birthday party! Great times!

If you are interested in the Civil War, I highly recommend you make plans between now and April to visit the exhibit in Houston. Tons of primary sources, artifacts, and several touch screen interactive programs make the visit well worth the time!

On the way to Houston, Donna and I stopped off in LaGrange to do a little research on her family. We visited the Fayette Heritage Museum and Archives located in the Fayette County Public Library. In a display on one of the tables, I found the book Passenger Lists for Galveston 1850-1855 by Albert J. Blaha, Sr. Joseph Bergmann and family arrived in Texas in 1853 and sure enough there was the listing of the passengers from the ship Texas. Unfortunately, only the head of household is listed with number of persons traveling with them. I was hoping the names of each person on board would be listed because Joseph Bergmann was traveling with 11 people and I want to know their names!

The ship Texas, an Oldenburg brig, was commanded by Captain D. Rabe and landed in Galveston on 12 June 1853 with 171 passengers. There were 11 families from Bohemia and 2 from Poland, and the rest of the families were from “German lands”. Once I saw the list another name caught my eye, Johann Gohring from Garkau, Bohemia. He is also a grandfather but on my mother‘s side. The Gohrings settled in DeWitt County, Texas. Ninety-four years later a descendant from each met in Kendall County and got married. Simply amazing!